Home>Blog>Blog>The best place to have a business!

The best place to have a business! 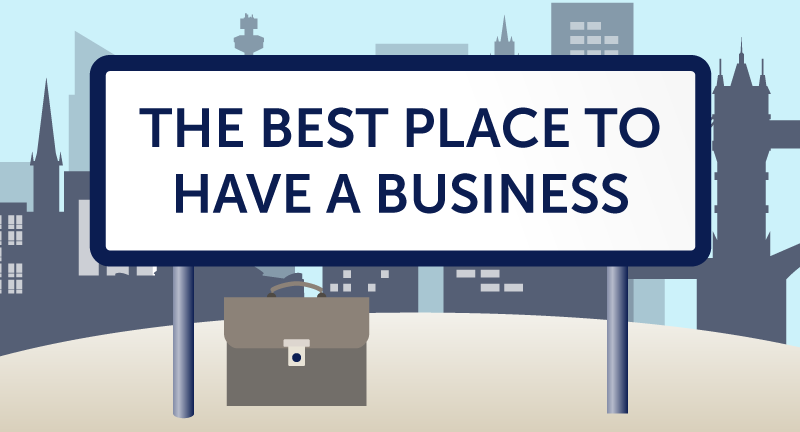 Has your business grown enough that you’re now considering expanding to a new location or renting a work space but you’re unsure where to start up? We’ve got you covered. We’ve created our very own league table to discover what location in the UK is the best to have a business.

We picked a range of towns and cities from all over the UK – 38 to be precise -, and ranked them out of 5 against the following categories::

Sharing the top spot to be the best place to have a business is Coventry and Oxford, who both scored an impressive 3.8 out of 5. Followed closely by Cambridge (3.5), London (3.5) and Birmingham (3.3).

Although transport links wasn’t a ranking category, we found that the cities that came out on top all have very good transport links, which is something to consider when looking for a business location.

Coventry and Oxford are close to major cities, with network rail services connecting them, as well as having regular public transport and airports relatively close. Although Cambridge may not be seen as a ‘major city’ in the UK, it still has great connections into London, major motorways making it easily accessible and also airports nearby.  London, of course, has the underground tube, 5 airports as well as train links across the country. Birmingham is another major city with numerous train links, regular public transport as well as an airport.

Take a look at the leader board below to see how the UK cities compare with each other: 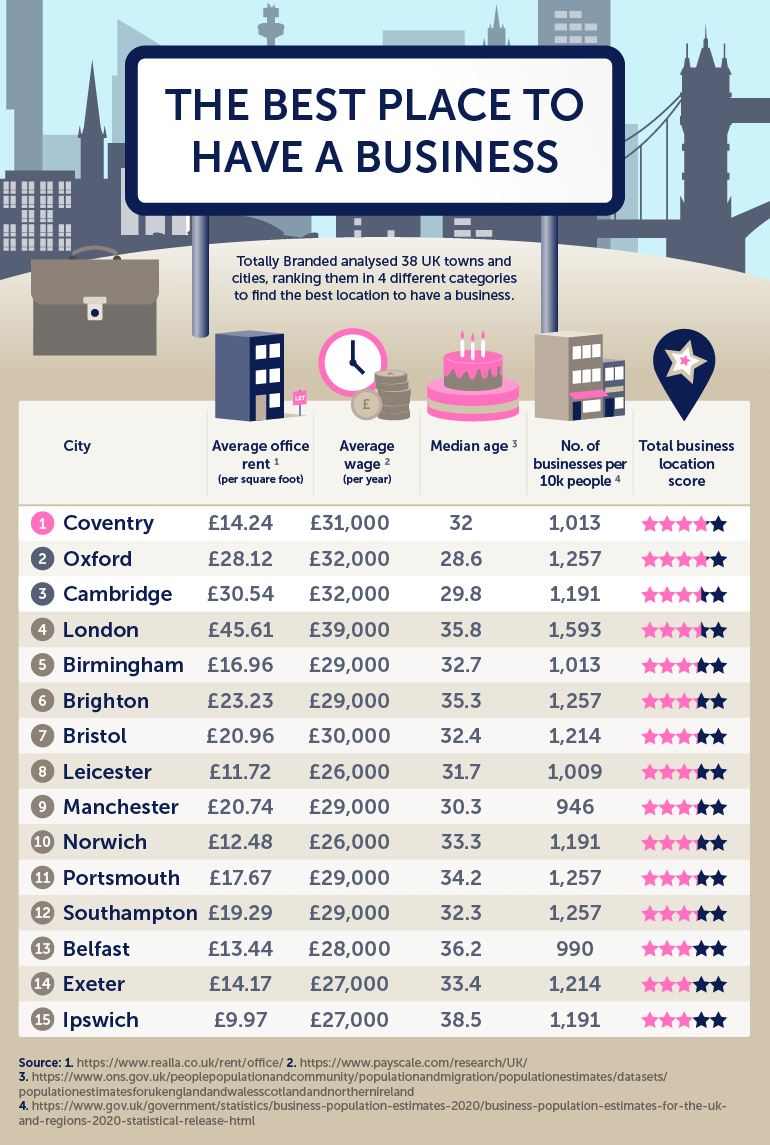